She won the night's biggest prize, the Video of the Year award, for 'Bad Blood'.

"I'm just happy that in 2015 we live in a world where boys can play princesses and girls can play soldiers," the 25-year-old singer said accepting her award. 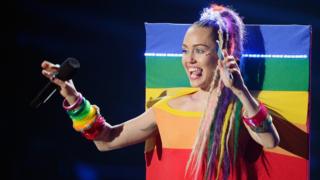 The awards show was hosted by Miley Cyrus and featured performances by Justin Bieber, rapper Macklemore and The Weeknd.

Taylor Swift and Nicki Minaj opened the show with a duet of Minaj's 'The Night is Still Young' and Swift's 'Bad Blood'. 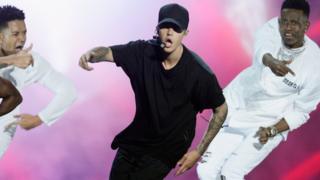 The two shared the stage after a twitter argument in late July when Swift took offense to a post Minaj made about her MTV nomination snub for video of the year.

Justin Bieber also returned to the VMA stage after a two-year break to perform two new tracks, tearing up at the end of his performance. 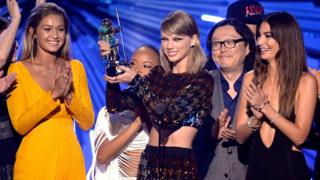 Getty Images
Taylor Swift picks up her Moonman award for Video of the Year. She was joined on stage by some of her friends who appeared in the 'Bad Blood' video 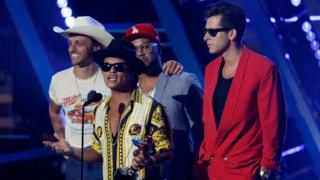 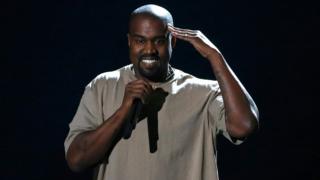 Reuters
Kanye West was given the Video Vanguard Award, which honoured his achievements in the music business so far 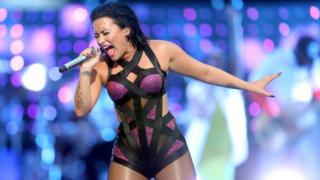 Taylor Swift shakes off rumour she is buying a Scottish castle