Clipper Round The World Yacht Race to launch in London 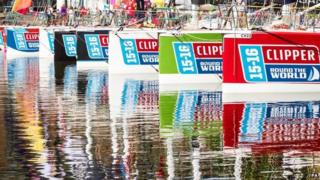 PA
The event is the world's longest ocean race

The Clipper Round The World Yacht Race, which will see 12 teams spend a year travelling the globe, begins in London later.

The world's longest ocean race at 40,000 nautical miles, it will feature 700 participants over its eight stages.

On each of the yachts, only the captain is professional. The other crew members are all amateurs.

Teachers, doctors, IT workers, students and a mixed martial arts fighter are all among those taking part.

The youngest participant is 18 and the oldest is 74. 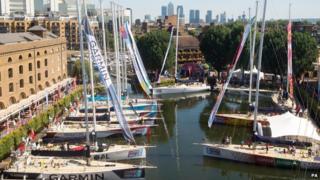 More than half of those expected to take part - 441 people - are from Britain.

Some crew members will be on board the yachts for the whole course of the journey, while others will compete only in certain stages.

Sailing the world in eight stages 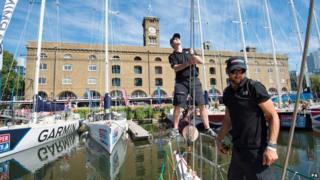 After travelling to Brazil, the yachts will go on to South Africa, then to Albany in Western Australia.

From there, participants will sail to Queensland, and on to Vietnam and China.

They will continue to Seattle on the west coast of the United States, and from there to New York via Panama.

The final leg will see the yachts travel from New York back to London, where they are due at the end of July next year.

The children swapping the classroom for a yacht