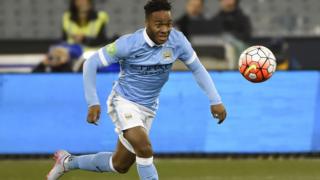 Manchester City have been drawn against last season's finalists Juventus, from Italy and Europa League winners Seville, from Spain. The final team in Group D is the German side Borussia Monchengladbach.

Arsenal were drawn in Group F along with Bayern Munich who have knocked the Gunners out of the competition in two out of the last three seasons.

Greek side Olympiakos and Dinamo Zagreb from Croatia will also take on Arsene Wenger's side.

Chelsea fans might consider themselves lucky - they were drawn against Dynamo Kiev, from Ukraine, and Maccabi Tel Aviv, from Israel in Group G. 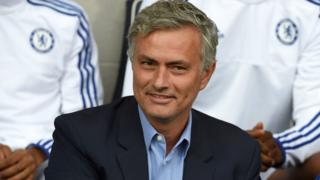 Chelsea manager Jose Mourinho will take his side to Portugal to face Porto - the team he took to Champions League glory in 2004.

Manchester United will travel to the Netherlands to play Group B opponents PSV Eindhoven. Louis van Gaal will also take his side to Russia to face CSKA Moscow and Germany where they'll play Vfl Wolfsburg. 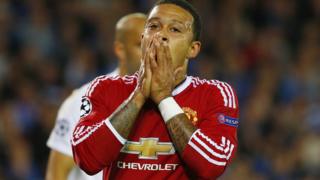 Reuters
Manchester United's Memphis Depay will be playing against his former team mates from PSV Eindhoven.

The first matches will be played on 15 and 16 September.

Here are all the groups: