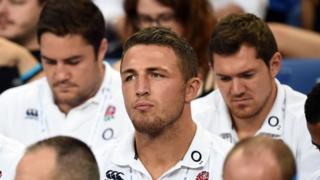 PA
Sam Burgess has been included in the England squad despite only playing his first game of professional rugby union in November 2014.

The final England squad for the upcoming Rugby World Cup has been announced.

Coach Stuart Lancaster named the 31 players he hopes could lift the trophy on home soil.

The big surprise was the inclusion of centre Sam Burgess, who only made his England debut a few weeks ago.

Burgess was previously a huge star in rugby league but is yet to convince since switching to rugby union last November. 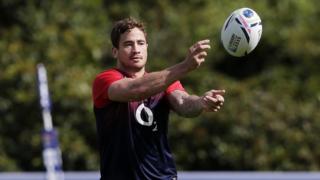 Getty Images
Danny Cipriani couldn't convince Lancaster he was worth a place in the final 31 man squad.

The inclusion of Burgess means that centre Luther Burrell, who has starred in the last two Six Nations tournaments for England, misses out.

Controversial fly-half Danny Cipriani has also been left out with Owen Farrell and George Ford preferred in his position. 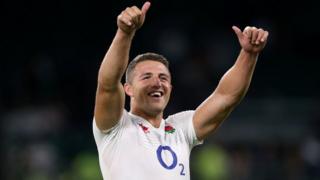 PA
Burgess has played most of the season playing flanker rather than centre.

There has been lots of talk about whether Sam Burgess is ready to play in a World Cup with many ex-players saying he needs more time to get used to the game.

He only played his first game for his club side Bath in November of last year and has played most of the season in a different position (flanker) to where England want to use him (centre). 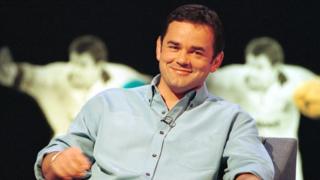 Ex-England captain Will Carling doesn't think Burgess is ready to play in the World Cup.

Former England captain Will Carling, who led England to the World Cup semi-final in 1991, said: "There is no one that I have spoken to who I respect - ex-players, coaches - who thinks he's ready.

"I don't understand what the rush is and it's unfair on him. I feel sorry for him. He's been playing union for 10 months and half of that was in a different position to what England are playing him in.

"I don't believe he's one of the four best centres in England." 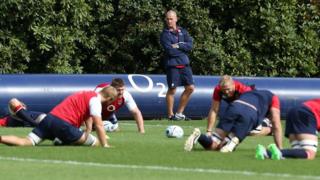 Getty Images
Coach Stuart Lancaster has overseen a tough 10 week training camp to get the England players ready for the World Cup.

England coach Stuart Lancaster said: "Selection wasn't easy and it is tough to leave anyone out."

His side take on Fiji in their first game on September 18 and also face tough games against Wales and Australia in the group. 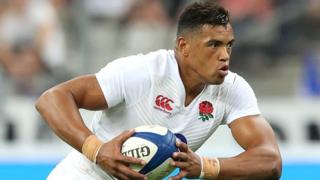 Getty Images
Luther Burrell misses out despite having starred in the last two Six Nations.

England are the tournament hosts and Lancaster added: "As the excitement builds around the tournament we are looking forward to the country getting behind England and we know this group of players will represent the nation with pride."