More than 22,000 people from across the world have gathered in the small Spanish town of Bunol to celebrate the 70th annual Tomatina Festival by throwing 150 tonnes of squashed tomatoes at each other.

The annual festival started back in 1945.

Some people say it began as a food fight between a group of friends, others say people threw tomatoes at a carnival parade, and some believe it happened when tomatoes spilled from a truck.

This year the town will launch its first ever tomato-based obstacle course, the Tomatina race. 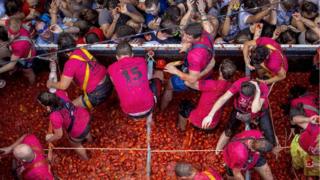 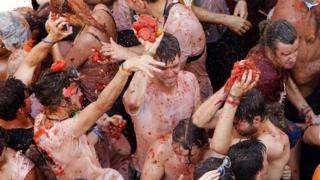 AP
The food fight only lasts about an hour, but people travel from all over the world to take part 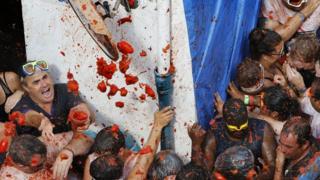 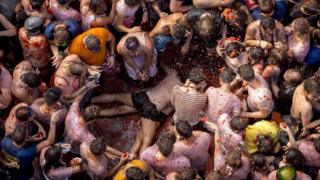