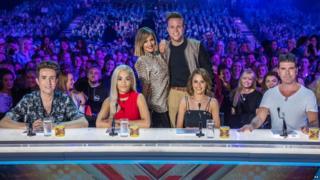 The X Factor has announced that it will be handing power over to the viewers, to choose which categories the judges will mentor.

It will be the first time in the show's 12 years that a live vote is held during auditions.

The available categories are:

Once the audience has voted who they want to mentor each category the judges will be stuck with them for the rest of the series.

Some of the judges have already been talking about which categories they think are strongest, and there is likely to be strong competition between them to win the vote for their favourite.