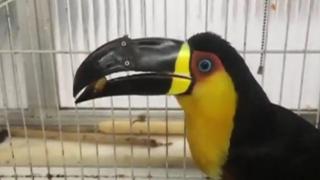 A Brazilian toucan has had a replacement beak fitted, which was made using a 3D printer.

The female bird, named Tieta, was rescued from a wildlife animal fair in Rio de Janeiro having lost the upper part of her beak.

She was fitted with the new beak last month.

Her carers say it took her three days for her to get used to the new one and start eating things like maggots and cockroaches normally. 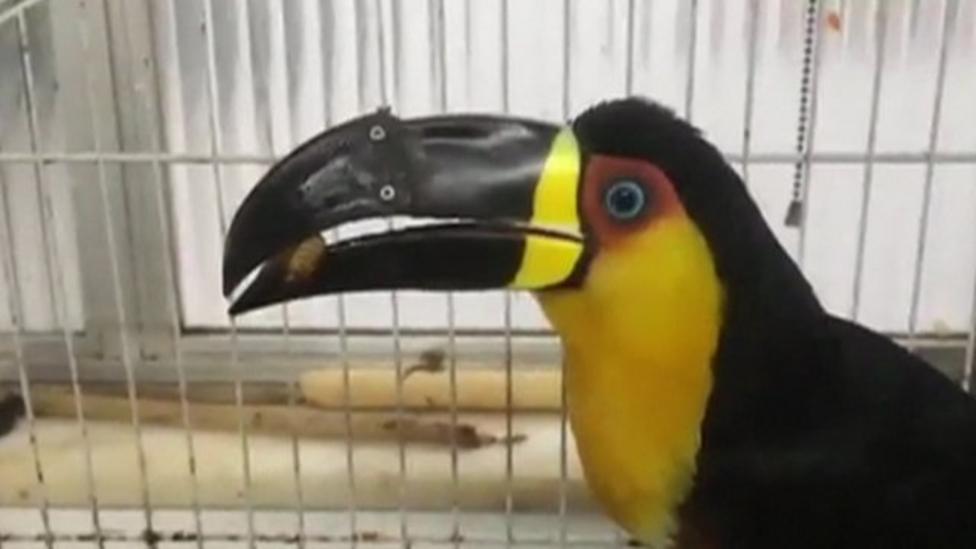