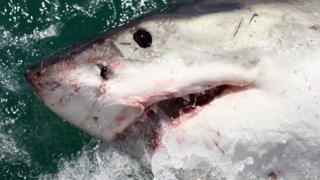 Dan Kitwood
Great White Sharks are the largest predatory shark on Earth. They feed on seals, sea lions and other fish... even other sharks. Great White's can live for as long as 70 years, and travel to California from places as far as Hawaii in the Pacific Ocean.

Big Blue Live hit our screens on Sunday and our very own Steve Backshall is getting in amongst the wildlife - big time!

According to Steve, Monterey Bay in California, USA is one of the most special places in the world and at this time of year it's home to many different species of wildlife.

Over the next week Big Blue Live will be shining a light on the underwater world and the mesmerising animals that call the sea their home...

Here are some of the animals you can expect to see over the next few days. 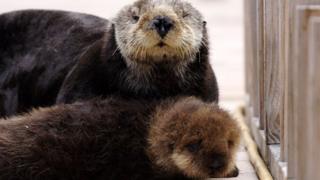 Getty Images
Cute alert! The southern sea otter is the smallest marine mammal on earth and are found at Monterey Bay all year round. FACT: They have the densest fur in the animal kingdom - a million hairs per square inch! Sea otters eat animals on the sea floor, like urchins and crabs. 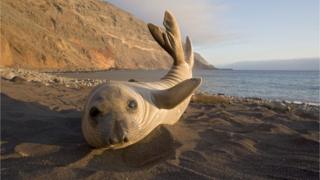 Claudio
The Northern Elephant Seals in Monterey Bay have travelled from as far as Alaska. When they grow up to be adults they develop a large inflatable nose, which overhangs their lower lip. This odd feature helps to generate their loud mating calls. They can live for around 20 years and feed on fish, crab and octopus. 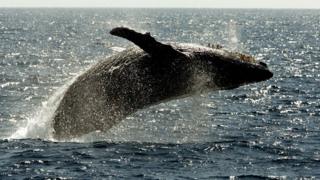 REED SAXON
Humpback Whales can be seen performing aerial displays like this, or slapping their fins on the surface. Some people believe the animals use this technique as a way of communicating. Others think they're just having fun! Humpbacks eat small fish, krill and plankton - tiny microscopic creatures. They can live for as long as 50 years and travel vast distances to feed and breed. 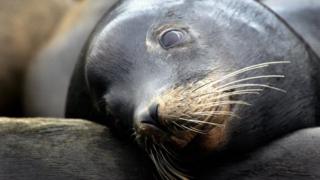 Getty Images
California sea lions live in Monterey Bay all year round. They eat squid and small fish, including anchovies and sardines. Sea lions are fast and agile, which is important for catching prey - and avoiding predators like the Great White.