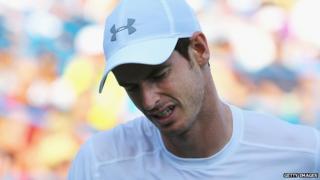 Andy Murray is out of the Cincinnati Masters tournament in America after being beaten by Roger Federer in the semi-final.

Next up Roger will face world number one Novak Djokovic in the finals later today.

If he beats Novak it will be the seventh time Roger's won the tournament.