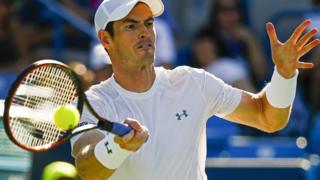 Andy Murray is through to the semi-finals of the Cincinnati Open, in America, after fighting back to beat Richard Gasquet.

Murray said: "I fought and gave everything I had, but thankfully it's just been enough in the last two days."

Murray has now won more matches in 2015 then any other male player - 56 matches.