World Athletics Championships: Ones to watch

The World Athletics Championships starts on Saturday in Beijing, China, and some of the biggest stars on the planet will be competing for medals.

It's second only to the Olympic Games in the eyes of track and field's top talent and winning here is a major achievement.

Here's Newsround's guide to some of the sportsmen and women hoping to take Beijing by storm.... 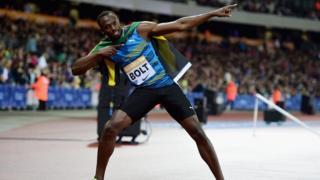 First on the list is the fastest man of all time - Usain Bolt.

He returns to Beijing seven years after a successful 2008 Olympic Games in the city - then he won three gold medals and became the first person to set world records in both the 100 and 200 metres at the Olympics.

But the last few years have not been kind to the Jamaican.

He missed nine weeks of training and only ran a few races in 2014 after surgery on his foot.

And this year Bolt pulled out of several races after a leg injury.

With American rival Justin Gatlin running the world's fastest times for 100 and 200 metres in 2015, Bolt will have his work cut out to stay as sprinting's top dog. 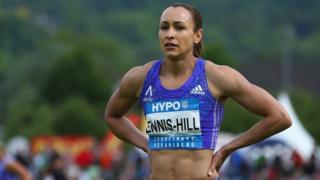 Getty Images
Jess won gold in the heptathlon at London 2012

Britain's most famous female athlete, Jessica Ennis-Hill, will be hoping to follow on from her success at the London 2012 Olympic Games.

After grabbing a gold medal there, Jess took time out to have a baby.

But she is now back on the world stage and reached the qualifying mark easily for these championships.

Hot on her heels will be fellow Team GB heptathlete Katarina Johnson-Thompson, hoping to grab a medal for herself too in Beijing. 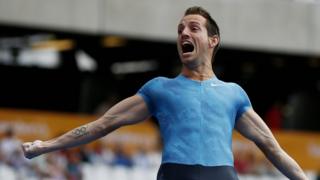 The French pole vaulter is looking to complete a full set of gold medals in Beijing.

He is already the Olympic and European champion but missed out on the top prize at the last three World Athletics Championships.

2014 was a great year for the Frenchman, he set a world record and was unbeaten during the winter season.

But his big competition now comes from German Raphael Marcel Holzdeppe, who beat him to the gold at the last championships. 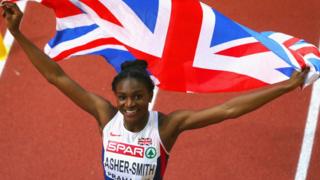 Dina Asher-Smith is the youngest athlete on our list at 19 but that doesn't stop her from being world class.

In March she became the first British woman in 30 years to win a medal at the European Athletics Indoor Championships.

She followed that up by breaking the British outdoor record for the 100 metres and then becoming the only British woman to run under 11 seconds for the event at the London Anniversary Games.

Her time of 10.99s has some people thinking she could even sneak a surprise medal in Beijing. 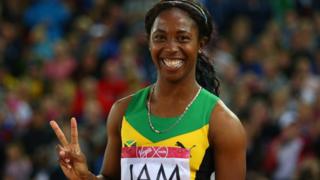 The female version of Usain Bolt has won almost the same amount of medals at all the same championships as her Jamaican team mate.

Shelly-Ann is the reigning double World and Olympic champion at the 100 metres and won the 200 metres at the last World Athletics Championships.

And she's still only 28-years-old so has plenty more years of success ahead of her.

Can Team GB's Dina Asher-Smith catch up with her?