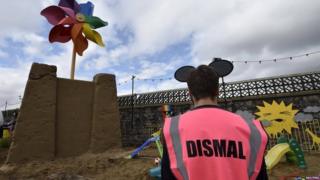 The mysterious artist known as Banksy has created an art exhibition on the site of a old, abandoned theme park called Tropicana in Weston-super-Mare in the south-west of England.

His exhibition is called Dismaland and features the work of lots of other famous artists.

The art works are all meant to look like the sorts of things you would normally expect from a theme park, but with a twist.

Here are some of the best pictures... 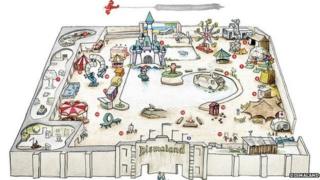 DISMALAND
Dismaland will run at the Tropicana site for six weeks 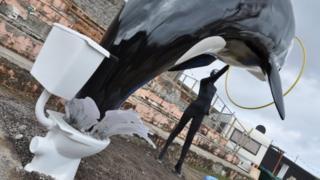 An orca jumping out of a loo 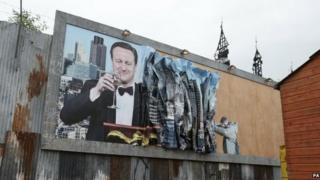 PA
Prime Minister David Cameron is given the Banksy treatment 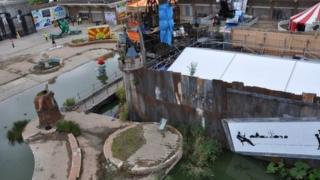 The aerial view taken from the Ferris wheel 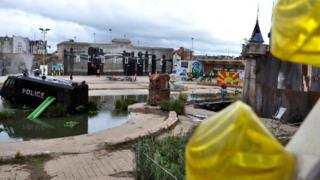 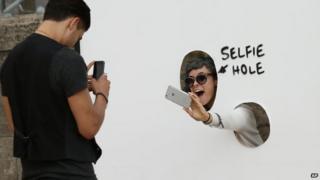 AP
Banksy keeps his identity a secret and police and some local councils, think his work is graffiti and remove it. 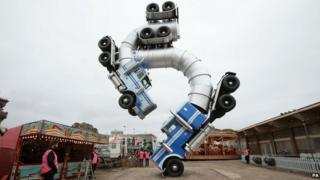 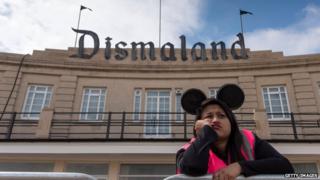 Getty Images
The show is his first in the UK since 2009's Banksy v Bristol Museum show which drew huge crowds.