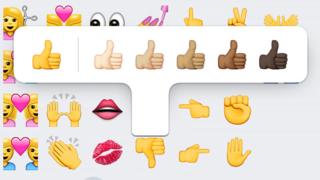 Thirty eight new emojis are under consideration by the Unicode Consortium, the company that design and approve emojis for inclusion in its next release.

New emoji candidates include an avocado, bacon and a partner for the dancing emoji woman in the red dress.

An updated official list of approved emojis is expected to be released around the summer of 2016.

Once a Unicode update is released, Apple, Google and Microsoft are free to design the new emojis to add to their operating systems.

There have been campaigns to add redhead emojis, but they have not been included in this batch.

It is likely that not all the 38 emojis to reach the "candidate stage" will make the cut for next year though.