Life for kids in England is tougher than in many other countries according to a survey of more than 50,000 from across the world. 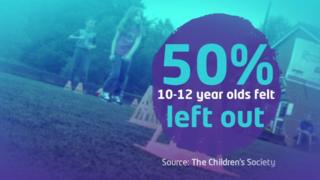 Half of children are made to feel left out by others

The only children who are less happy at school than English kids are pupils from Germany, South Korea and Estonia.

The survey found that half of children say they have been made to feel left out by other kids.

A charity called the Children's Society asked kids from 15 countries around the world what they thought about their lives. 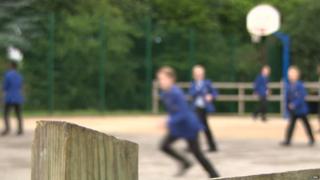 The survey looked at children's lives at school, their relationships with teachers, and also their experiences of emotional and physical bullying.

It also looked at other factors which can affect children, like self confidence, body image, and their overall life satisfaction.

The survey said that children from countries like Uganda, Ethiopia and Algeria are much happier at school than English kids.

Children from African countries like Uganda, Ethiopia and Algeria are happier at school than English kids.

Children are also concerned about their relationship with teachers with lots of them saying they feel teachers don't treat them fairly.

Girls in England were more than twice as likely as boys to say they are unhappy with their bodies.

The study also showed that children became unhappier as they hit their teens, around the age of 13 or 14. 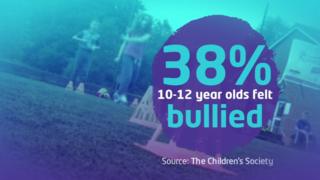 The Children's Society is encouraging the government and schools in England to provide better advice to pupils.

It is also trying to work with schools to help reduce bullying and promote exercise to try and help children feel better.

"The best schools create a happy, safe and supportive environment for children. Bullying of any kind is unacceptable and all schools must have measures in place to tackle it."

Am I a bully? Newsround's interactive guide