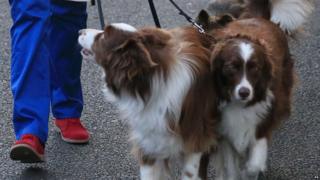 ITV says it is going to refund viewers who paid to vote in the final of Britain's Got Talent in June.

You might remember Jules O'Dwyer and her dog Matisse who won.

Ofcom - who keep an eye on what television channels do - says people were misled.

ITV have said sorry and offered people who voted a refund or to have the cost of their call or text donated to charity.