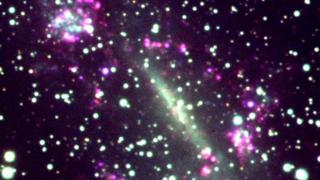 This spectacular collision between galaxies has been spotted near the Milky Way.

Two small star systems are slamming into each other.

They produce a colourful firework display.

They've called it the 'Kathryn's wheel'.

They say the so-called 'bull's-eye' collision is happening just 30 million light years away from Earth.

A light-year is a measurement of the distance that light can travel in one year.

Shock-waves from the collision squeeze pockets of gas in each galaxy and spark the creation of new stars.

This creates a spectacular ring of intense light.

The Kathryn's Wheel was discovered during a special survey of the Southern Milky Way taken by the UK Schmidt Telescope in Australia.

Professor Albert Zijlstra at the University of Manchester said: "This is a very exciting find.''

''It will let astronomers study how collisions cause star formation, how long the collision takes, and what types of stars form.'' 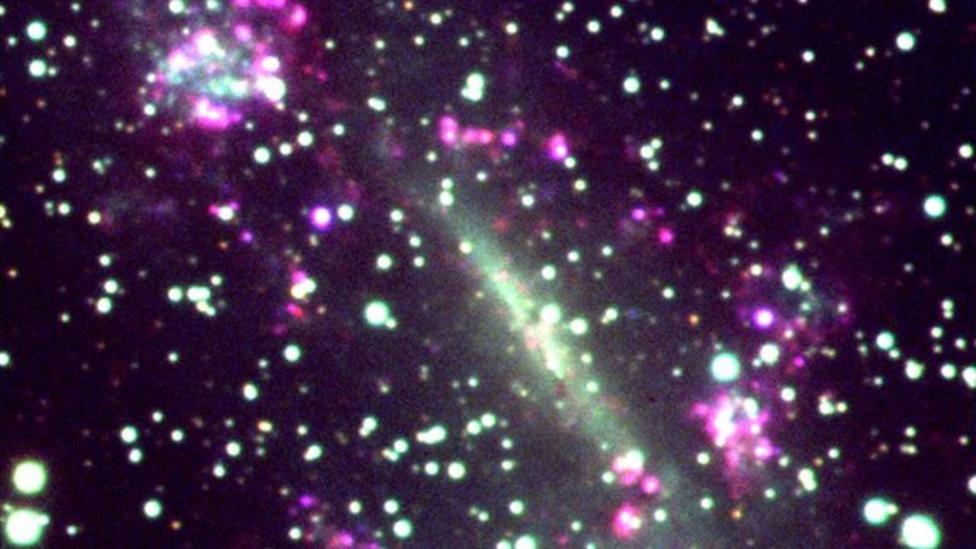