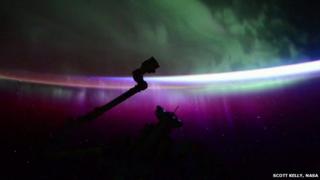 The Aurora Borealis, also known as the Northern Lights, dazzle stargazers on Earth and in space.

The splashes of colour are caused by the interaction of charged particles and the Earth's magnetic field and atmosphere.

Scott took the sunrise footage on his 141st day of his #yearinspace mission. 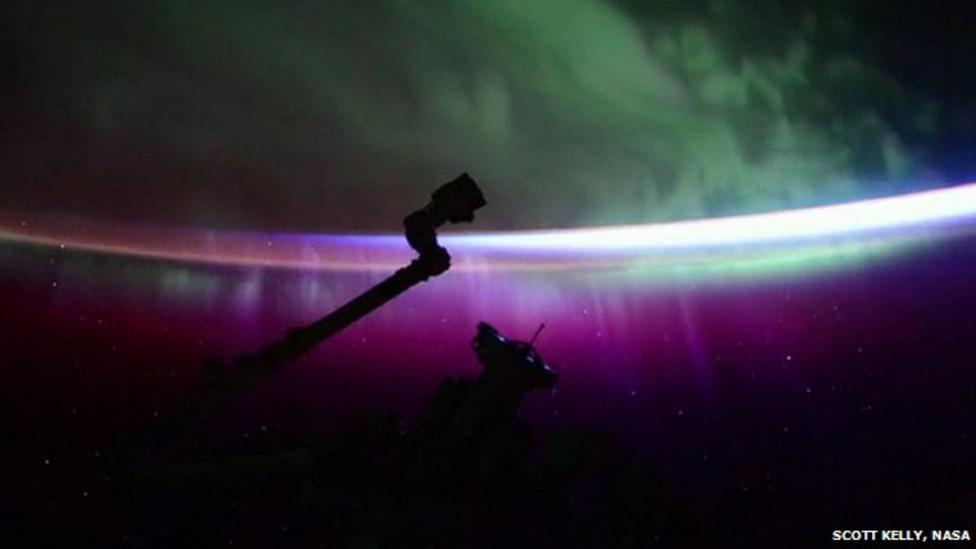