Wins for England and Ireland in World Cup warm-ups 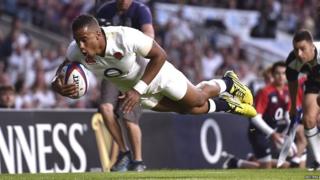 The hosts looked in control after Anthony Watson scored two first-half tries, but France's forwards made sure that England didn't have it all their own way. 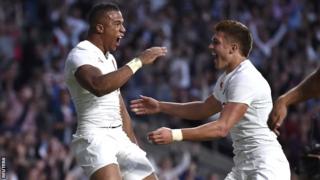 Jonny May added another try after half time but France stayed in touch with penalties before Fulgence Ouedraogo scored late on to set up a tense finish.

England held on for the win and now look forward to playing against France again in Paris next weekend. 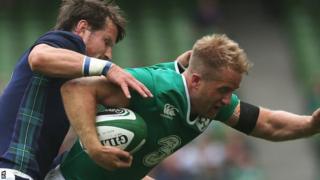 Meanwhile, Ireland won their second game in two weeks, beating Scotland 28-22 to maintain an unbeaten record in their preparation for the World Cup.

Scotland looked like they might upset the hosts in Dublin, taking the lead three times in the second half, but late tries for Simon Zebo and Luke Fitzgerald were enough to secure the win for the team ranked second in the world.

Ireland are heading into the tournament with high expectations after winning the Six Nations earlier in the year and also convincingly beating Wales 35-21 last weekend.

The World Cup starts on 18 September.