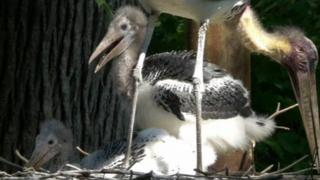 A baby lesser adjutant stork has hatched into a new family.

The chick was abandoned, while it was still an egg, in May.

Luckily zoo keepers at the Bronx Zoo in the the US, spotted the egg and moved it to an incubator, where it was carefully monitored.

Before it was due to hatch, the egg was placed in a nest belonging to another pair of storks already nesting.

The female accepted the egg and completed incubating it alongside her own egg.

The fostered egg hatched on June 27, followed by the hatching of the pair's own egg on August 5.

Both chicks have been accepted by the proud parents who are now caring for them.

Lesser adjutant storks are one of 19 stork species in the world.

As adults, they stand between 43 and 48 inches tall and have a wingspan of nearly seven feet.

Pictures from the Wildlife Conservation Society. 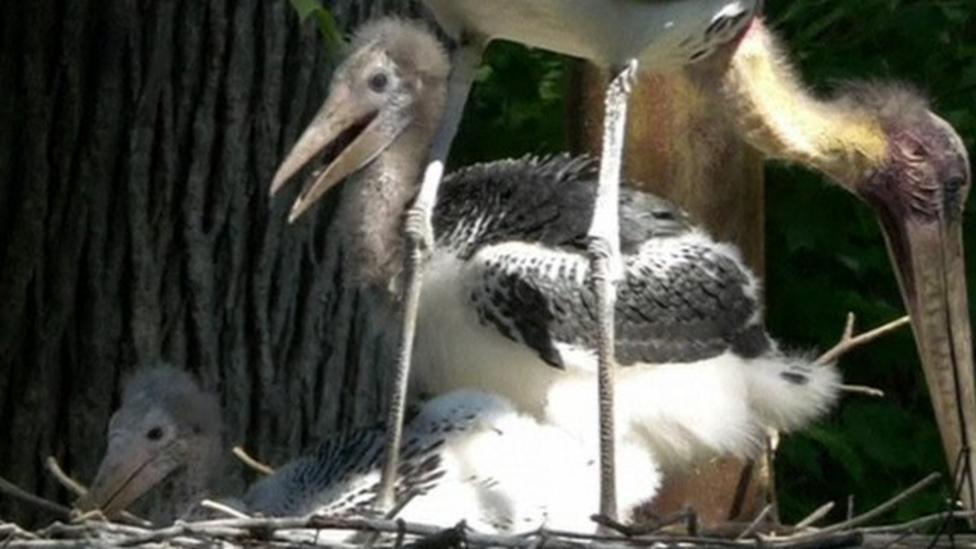