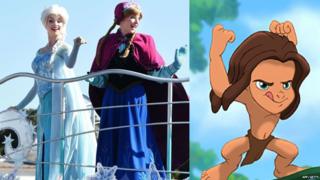 Animation movie fans have many theories about how characters and plotlines from different films might just magically overlap.

Now Chris Buck, the director of Frozen and Tarzan, has got Disney fans talking by saying he thinks Anna and Elsa's parents were shipwrecked on an island, where they had a baby boy, Tarzan.

In an interview with MTV News, Buck said that although the movies are not officially linked, in his mind he sees Tarzan as being Anna and Elsa from Frozen's little brother!

The director also said: "I say, whatever people want to believe, go for it. If you want to tie them all together, then do it!"

Here are a few of our favourite (unofficial) fan theories... 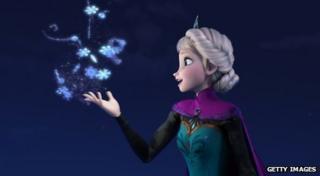 Continuing the family theme, Rapunzel and Eugene are very clearly seen arriving at Elsa's coronation in Frozen. Considering they don't live in Arendelle, as Tangled is set in Germany, some people think they must be on the VIP invite list. There are also a few family similarities - both Rapunzel and Elsa are blonde and both have powers that look pretty but are kind of weird. (Glowing magic hair? Snowmaker hands?) 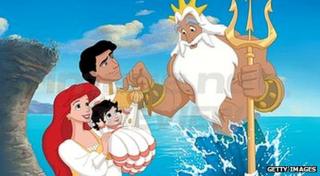 If Elsa and Anna's parents' ship capsized, some think that could have been right around Atlantica, where Ariel lives. And their ship does look suspiciously like the one Ariel explored in The Little Mermaid...

Tarzan's Jane is descended from Beauty and the Beast's Belle 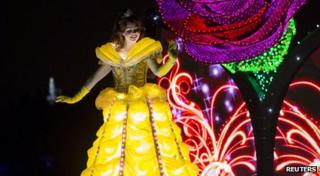 Not only do they look alike and both love the colour yellow, but consider this: In a scene in Tarzan, Terk is drumming on a tea set. The pot looks suspiciously like Mrs. Potts from Beauty and the Beast (one of the teacups even appears to have a small chip). Some think that could mean that it was an heirloom passed down from great-great-great-grandma Belle.

Boo from Monsters, Inc. is actually the witch from Brave 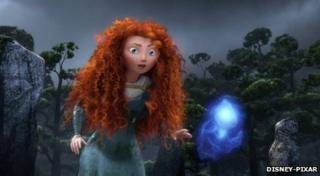 This one is super complicated. It involves time travel and a whole bunch of magic, but basically, Boo learned how to travel through doors from Sully and Mike in Monsters, Inc. and some think when she grows up, she wants to find Sully again, so she time travels through doors to the time period of Brave. Why? Because she wants to understand the magical whisps, thinking they'll bring her back to Sully. While she's there, she takes up wood carving, which explains why she has a carving of Sully. It also explains why every time the door closes, the witch (AKA Boo) disappears.

Are you still singing along to Frozen?