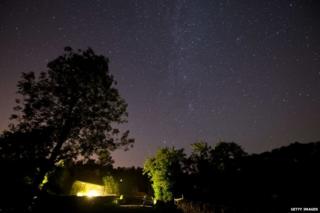 Stargazers captured the dazzling display of the annual Perseid meteor shower as it reached its peak on Wednesday night.

The display is a big deal this year because the shower is happening at the same time as a new moon for the first time since 2007, creating a darkened sky.

Clouds spoilt visibility for some parts of the country.

But northern England, the Midlands, Scotland and Wales had clear viewing conditions.

The Perseids - which are pieces of Comet Swift-Tuttle - are active each year from around 17 July to 24 August, although for most of that period only a few meteors an hour are visible.

The peak of the display happens when the shower's "radiant" - the point from which the meteors appear to originate - is highest in the sky.

For most people, meteor showers are best viewed with the naked eye.

Experts advise finding a dark location, away from artificial light, and an unobstructed view of the sky.

Some skywatchers have already glimpsed Perseid meteors this week. 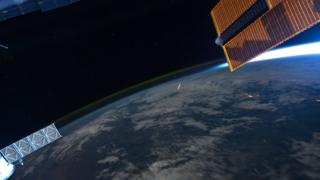 NASA
An image of a Perseid seen from above, taken by astronaut Ron Garan on the International Space Station in 2011 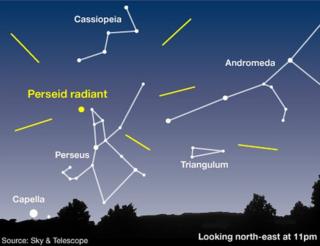 Did you watch the meteor shower?