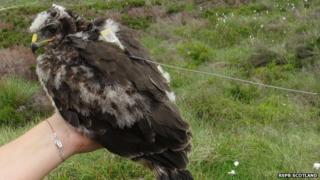 An investigation is underway after the discovery of the body of a rare bird of prey in south-west Scotland.

The bird was a hen harrier called Annie, she was found in April after a huge search involving the Royal Society for the Protection of Birds (RSPB) and the police.

The RSPB carried out an examination on the bird, which revealed it had been shot.

The charity now needs help to find out exactly what happened.

The hen harrier is one of the UK's most threatened birds.

In England last year there were thought to be only four nests across the whole of the country.

Their numbers declined significantly in the period between 2004 to 2010.

Annie had been fitted with a satellite transmitter as a chick.

Scientists use these devices to try and find out more about the lifestyle of these birds to see what other reasons could be causing the population to fall.

The alarm was raised after the tracking device suggested the bird stopped moving in mid-March.

Environment Minister Aileen McLeod said it was "extremely disappointing" to hear that Annie had been shot. 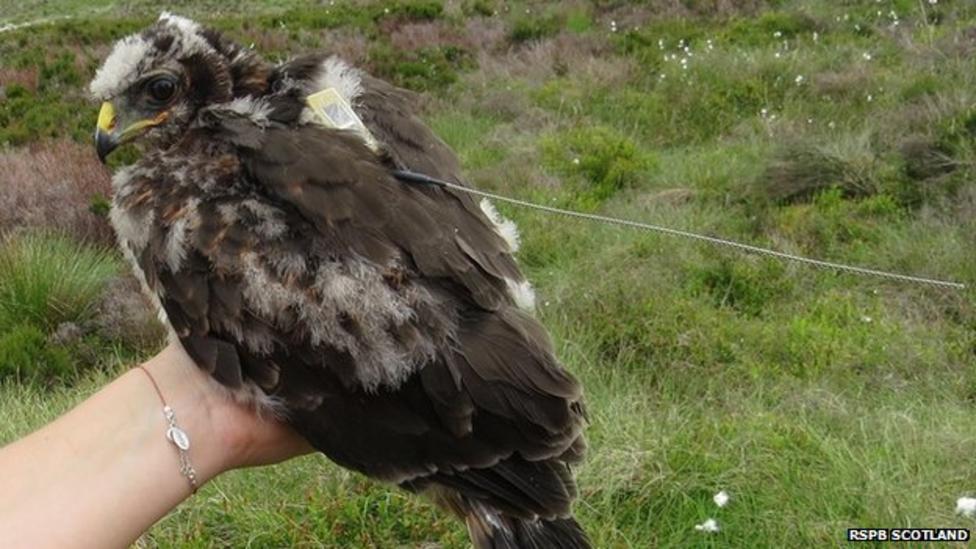