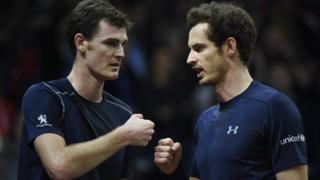 British number one Andy Murray will take on his brother Jamie for the first time at the Rogers Cup in Montreal, Canada.

The pair have never played each other before as professionals and that got us thinking about some of the other great sibling rivalries in sport. 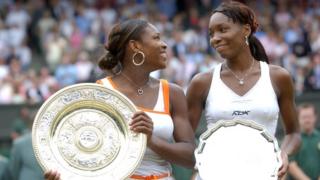 Serena and Venus share a joke after competing against each other in the 2003 Wimbledon final.

It's one of the longest running sisterly rivalries and one of the closest.

Both Venus and Serena have been world number one and both have won multiple tennis Grand Slams.

Venus is older, by just over a year, but Serena was the first to win a major tournament, taking the US Open title in 1999 aged just 18. 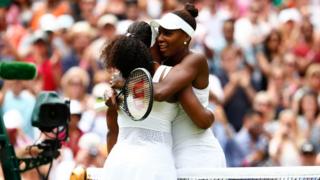 Getty Images
Serena hugs Venus after beating her at Wimbledon in 2015.

They've played each other 26 times in their careers, including eight grand slam singles finals with Serena winning six of those.

But despite the fact they've competed against each other for so long they've also played in several doubles tournaments together, winning 13 Grand Slams and three Olympic gold medals as a pair. 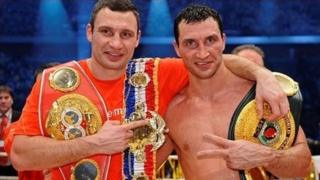 AFP
Both Vitali and Wladimir have been world champion but they've never fought each other.

When it comes to going up against your own brother there's few more brutal sports to do it in than boxing.

That might be why Ukranian heavyweights Vitali and Wladimir Klitschko have never actually gone toe to toe in the ring. 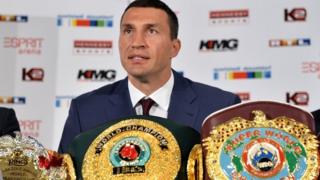 AFP
Wladimir Klitschko is currently preparing for his 68th professional fight, and 23rd defence of his title against Britain's Tyson Fury in October 2015.

Together they've ruled the heavyweight division for more than 15 years, both holding different world titles at different times.

Vitali won his first world belt in 1999 with Wladimir having to wait until 2006.

Wladimir is still going, making him the second longest reigning world champion in heavyweight history, but Vitali retired in 2013 having only ever lost two fights.

One of the newest sibling rivalries on the block, gymnasts Becky and Ellie Downie have competed with and against each other at the senior level for just over a year.

Becky is older and won a team silver at the European Championships when her sister was still in infants school. 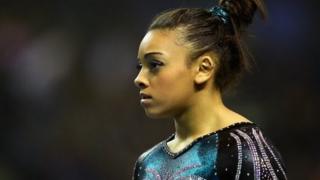 She also competed for team GB at the 2008 Olympics and was reserve for the 2012 London games before Ellie joined her on the team for the 2015 European Championships in France.

The sisterly combination worked a treat with both girls winning medals. Aged just 15, Ellie became the first female gymnast ever to win an individual all-around medal for Great Britain at the games, with a bronze.