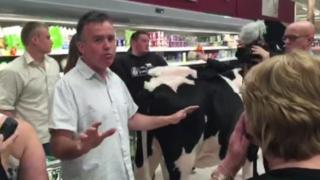 Why are farmers protesting about milk?

Farmers surprised shoppers in Stafford, by bringing two cows into the supermarket.

It was part of a protest, because they say that they're not being paid enough for milk.

The British Retail Consortium say that supermarkets are paying a fair price.

But farmers argue that it costs them more to produce the milk than what they're paid for it, so they end up loosing money.

Martin went to meet Hannah, who lives on a diary farm in Cheshire, to find out more. 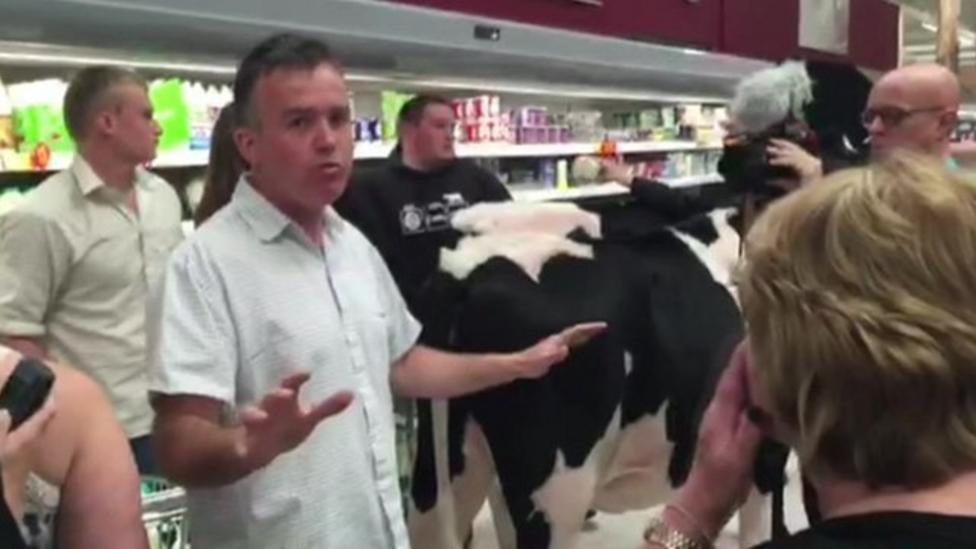 Why are farmers protesting about milk?