With more than two million videos on YouTube, cats are one of the most searched for things on the internet.

A new exhibition called "How Cats Took Over The Internet" has opened at the Museum of Moving Images in New York.

The exhibition looks at the history of how they rose to internet fame, and why people like them so much.

Almost half of all original YouTube videos are of people's pets, and around 26 billion views are just for cats, making them the single most popular category.

Some cats have even become famous, and earn millions of pounds after their owners posted their pictures online.

So how did cats become so popular? We've been taking a closer look... 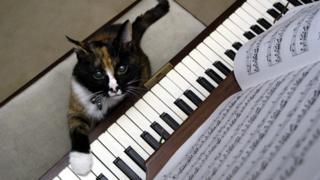 Since the internet became widely used in the 1990's people have been sharing pictures of their cats via email.

In 2005 one of YouTube's co-founders Steve Chen posted a video of his cat called Pyjamas playing with a rope, making him the first person to upload a cat video to YouTube.

However, it wasn't until the next year that the first cat video went viral.

"Puppy vs Cat" uploaded by a user called Sanchey, has now racked up more than 16 million views on YouTube. 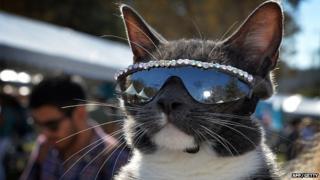 Do you speak LOLcat?

The site quickly became popular, with users being able to upload pictures of their cats, and turn them into LOLcat memes - pictures with writing over the top.

It now has over 100 million views a month and created a whole new form of internet speak. 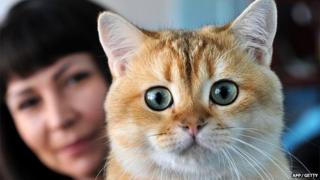 A scientific study which came out earlier this year has proved that looking at videos of cats can improve your mood.

Assistant Professor Jessica Gall Myrick from Indiana University, America, asked 7,000 people how they felt before and after watching videos of cats.

The results found that people felt happier after watching videos of cats, and that they felt less anxious or sad. 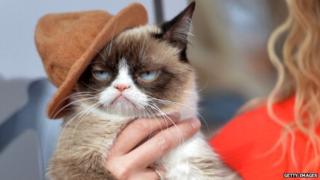 The internet has also been responsible for creating a number of cat celebrities such as Grumpycat, Lil' Bub and Maru the cat.

These marvellous moggies became viral superstars after their owners posted their pictures online, and they were quickly shared by a lot of people.

Both Grumpycat and Lil Bub have a form of Dwarfism, which makes them smaller than regular cats, and more like a kitten. 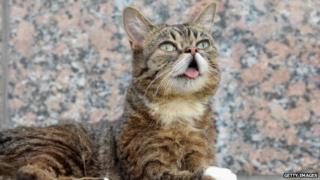 The famous felines have now become minor celebrities and have appeared on lots of TV shows, adverts and film festivals, they even have their own brand of merchandise.

Lil' Bub even has her own charity, and has raised around £130,000 for pets with special needs. 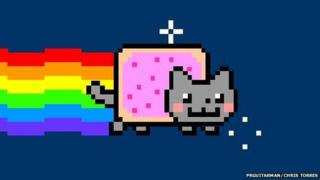 The cat that got the cream

The 8-bit cartoon cat was first designed by artist Chris Torres in 2011, and has a pop tart for a body, flies through space and has a rainbow trailing behind.

The name Nyan cat, comes from the Japanese sound "nya" which is similar to meow in English, and is considered cute.

There have been lots of remixes of the musical animation and it even has its own game and merchandise.

Cat of the Year is decided in national awards

What is Yes Day?