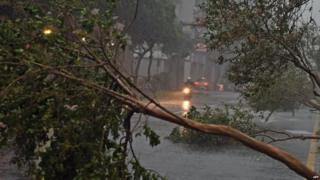 AFP
The storm uprooted trees and tore down billboards across Taiwan

A powerful typhoon has brought chaos to parts of south-eastern China, with thousands evacuated and millions of homes left without power.

Typhoon Soudelor struck the south-east of the country in the Fujian province late on Saturday night, bringing heavy rain and gale force winds.

The tropical storm has already swept across island nation Taiwan, off the coast of China.

It ripped up trees and tore down billboards triggering a landslide in at least one village.

About two million households were left without electricity and at least five people are thought to have died.

Rail services and flights have been cancelled and all schools and offices are closed. 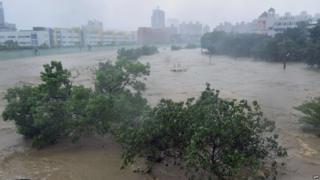 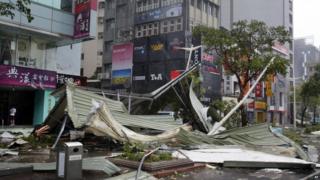 AP
The typhoon brought down roofs in Taiwan's capital, Taipei

Ahead of Soudelour's arrival in Taiwan and China the authorities made thousands of people leave their homes for safety.

Although it has weakened, the typhoon is expected to continue moving across the south-eastern region of China in the coming hours. 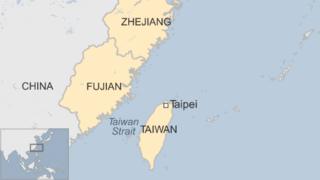 Find out more about typhoons with our guide.