What is the Edinburgh Fringe Festival? 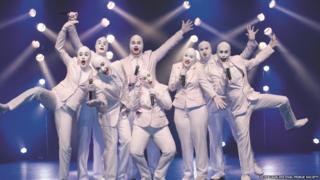 The Edinburgh Fringe Festival is back for its 68th year. It's the world's biggest arts festival, and it transforms Scotland's capital city for three weeks every August.

Thousands of artists from all over the world perform on hundreds of stages all across Edinburgh.

Famous comedians like Michael McIntyre often perform, and new artists hope that their talent might be spotted.

The Fringe is known for putting on weird and wonderful performances.

The Fringe started in 1947, when the Edinburgh International Festival was launched.

The festival was so successful, that there were more performers than it had space for.

They performed around the edge, so that their shows would still be seen by the crowds.

This became known as the 'Festival Fringe' and more groups joined every year. 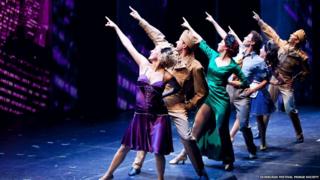 This year, festival-goers will get the chance to get involved in magic tricks, hear disgusting poetry, and learn the secrets to being a great cartoon artist.

A flavour of some of the festival fun in Edinburgh

What kids have been up to at Glastonbury music festival