In the last 40 years, there have been more than 5,000 launches into space, and they've ended up leaving a mark, and now scientists are worried about the litter they've left behind.

'Space junk' are the small objects that we've left behind in space.

They include things like old satellites, gloves, and toolkits accidentally dropped by astronauts.

Scientists think that there could be as many as one hundred million objects orbiting the earth, and now they're worried they could cause problems.

Science Photo Library
This is an artist's impression of space debris. Nasa claims there is so much junk in space that collisions could start to increase leading to a growing pile of rubble in orbit

The objects can travel at speeds of over 28,000km per hour.

That means that, even though they're small, they could damage or even destroy important satellites that we need.

The International Space Station regularly has to move to avoid being hit by the junk.

Now, some companies are looking for ways to track the junk, and break it up into small, less dangerous pieces. 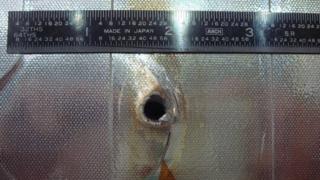 NASA
In 2007, a chunk of space debris punched this hole in the radiator panel of space shuttle Endeavour