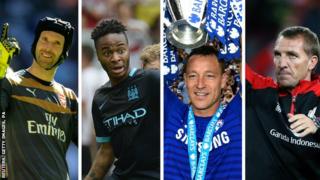 Reuters, Getty Images, PA
Arsenal beat Chelsea in the Community Shield but the real business of the Premier League begins on Saturday

All 20 clubs have been busy preparing with £500 million being spent on players so far during the summer transfer window.

Can Jose Mourinho and Chelsea's grip on the crown be released? Can Arsenal finally turn promise into a Premier League title? Can Brendan Rodgers rebuild Liverpool from the wreckage of that 6-1 humiliation at Stoke City on the final day of last season?

Newsround takes a look at how each of the Premier League clubs are shaping up ahead of Saturday's kick-off.

It has been many years since Arsenal were as positive as this going into a new season.

Lifting the Community Shield and making one major signing has convinced many that the Gunners can have a serious shot at lifting their first Premier League title since 2004.

The purchase of goalkeeper Petr Cech from rivals Chelsea has not only strengthened Arsenal's defence, but it's added a figure of authority, respect and success into the dressing room.

Some say Arsenal still need a world-class striker, to add to the skills of star player Alexis Sanchez, if they want to improve their chances of winning the league. 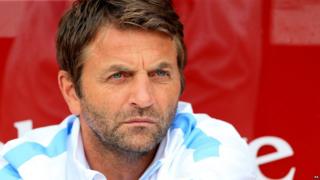 Manager Tim Sherwood had a tricky start to life at Aston Villa but he kept his side in the Premier League and also reached the FA Cup final, even though they were thrashed by Arsenal.

Three of his big players from last season, Tom Cleverley, captain Fabian Delph and the big danger Christian Benteke have all gone, leaving Sherwood with rebuilding to do.

Sherwood has spent a lot of money in the transfer window. He has bought strikers Jordan Ayew and Rudy Gestede, who will provide a big physical presence.

The big question is can Villa cope without Benteke's goals?

It's Bournemouth's first season in the Premier League and many experts think that their exciting style of football could help them stay in the league.

The Cherries have bought Ivory Coast forward Max Gradel who Jose Mourinho said was good enough to play for Chelsea. He cost £7 million.

The side also broke their transfer record to sign Ipswich Town left-back Tyrone Mings for £8m.

Bournemouth, under the leadership of manager Eddie Howe, might just survive relegation. 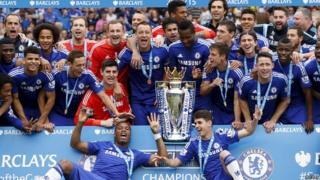 The team to beat. The manager to beat. And Jose Mourinho already looks in the mood to take on all challengers.

No team has retained the Premier League title since Manchester United in 2008-09 but Mourinho will hope his side can end that streak.

They have made no big moves in the transfer window market but striker Radamel Falcao has come in on loan, after spending a pretty poor season with Manchester United.

Alan Pardew did a magnificent job to get Palace to 10th last season and this ambitious manager will hope for as good again this season.

The signing of France international midfielder Yohan Cabaye from Paris Saint-Germain is the side's major signing of the summer costing the London club £13 million.

With Patrick Bamford in from Chelsea and Connor Wickham signed at £7 million from Sunderland there may be firepower to add to the creative skills of the powerful Yannick Bolasie.

No matter what happens, the fans at Selhurst Park will create an amazing and loud atmosphere, which opposing teams will fear playing in. 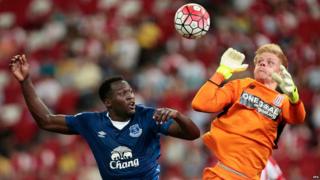 This is a big season for Everton manager Roberto Martinez and he'll be under pressure to do better.

The Toffees finished in the second half of the table in the last campaign and fans became increasingly frustrated with the the careful style of football on show.

The side haven't done much business this summer spending just over £4 million on players so far (the Premier League's lowest at the time of writing) to bring in Gerard Deulofeu and Tom Cleverley on a free.

Everton will rely heavily on striker Romelu Lukaku to win games but the Toffees still need a central defender, another striker and a playmaker.

Leicester City sacked their manager Nigel Pearson during the summer and in came coach Claudio Ranieri to take his place.

The Italian known as "The Tinkerman" for his constant team changes was sacked last year as manager of Greece, a forgettable four-month reign most famous for a home defeat by the Faroe Islands.

Time will tell - but many experts expect Leicester to be in and around the danger zone for most of the season.

After a disappointing 2014-15 season, Liverpool have been busy in the summer transfer window, adding the likes of James Milner, Nathaniel Clyne, Robert Firmino and Danny Ings to the squad.

But the fate of manager Brendan Rodgers could rest on the success of 24-year-old striker Christian Benteke, who joined from Aston Villa for £32.5 million.

If he scores plenty of goals then it will look rosy, but if the Belgian fails then his manager will be under even more pressure.

It'll also be interesting to see how Liverpool cope without the iconic presence of Steven Gerrard, who joined American side LA Galaxy in the summer.

Manchester City will be out prove their doubters wrong after a poor defence of their Premier League title last season. But there's a lot of work to do.

The £49 million signing of Raheem Sterling grabbed the headlines - and do not bet against more exciting business that could send spirits soaring at Etihad Stadium.

Manager Manuel Pellegrini will be under pressure from the start with constant rumours in the press that he will be replaced by Bayern Munich's boss Pep Guardiola's next summer. 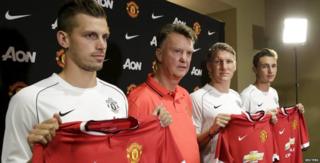 Louis van Gaal's job last season was to put the pieces back together after David Moyes's dreadful reign and get Manchester United back in the Champions League. Mission accomplished.

However, United will not be happy with the same result this time around.

Reuters
Will superstar goalkeeper David De Gea stay with Manchester United for the next season?

After the expensive signings of Memphis Depay, Bastian Schweinsteiger and Morgan Schneiderlin - and every chance of another huge signing to come - Van Gaal needs and wants to be challenging for the title.

But how will they cope if world-class keeper David De Gea leaves? His future is still up in the air and United's defence will be much weaker without him. 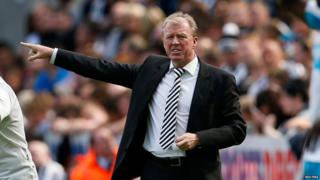 It's all change at Newcastle.

After a bad second half to last season which nearly saw the team relegated, former England manager Steve McClaren has been given the task of rebuilding the squad

Newcastle's defence, however, is still pretty dodgy and that could decide where the Magpies end up finishing in the league. 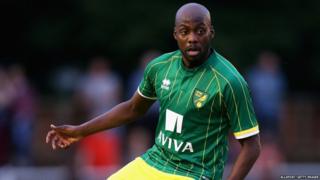 Norwich City were promoted to the Premier League via a play-off final win against Middlesbrough at the end of last season.

New signing Youssouf Mulumbu will miss the start of the season after breaking a metatarsal bone in his foot. His manager Alex Neil has said the midfielder will need a few weeks to recover.

The Canaries have also signed winger Robbie Brady from Hull City and Liverpool defender Andre Wisdom has joined the club on a season-long loan.

Survival will be the aim but many are tipping Norwich to drop straight back down to the Championship. 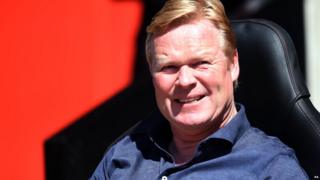 But manager Ronald Koeman looks to have made some smart additions with Jordy Clasie from Dutch side Feyenoord, Juanmi from Spanish team Malaga, and Cedric Soares from Portugal's Sporting Lisbon.

The core of the team that performed so well last season is still around and guided by Koeman, there should be plenty to cheer about again at St Mary's this season. 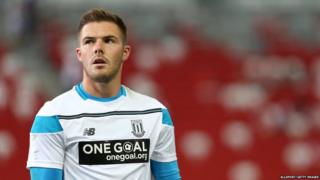 Stoke finished in the top 10 last season and manager Mark Hughes will be hoping to maintain that position at the very least.

Hughes will hope striker Bojan returns stronger from a serious knee injury and former Barcelona player, Ibrahim Afellay, can recapture the form that once made him so admired.

Young English goalkeeper Jack Butland will be hoping to make his mark after the exit of Asmir Begovic to Chelsea.

The Potters will also hope for big things from Joselu, the striker brought in from German side Hannover 96 for £5.75 million. 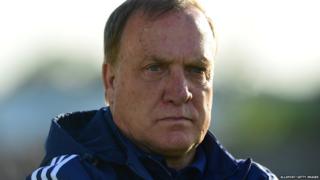 ALlsport/getty images
Can Dick Advocaat keep Sunderland out of the relegation zone this season?

Boss Dick Advocaat was in tears when they survived last season. He will hope not to be reduced to tears again but it is shaping up as another season of stress at the Stadium of Light.

Jeremain Lens, an £8.5 million signing from Dynamo Kiev will add danger but Younes Kaboul will make fans nervous. The former Spurs defender has talent - but also a lot of mistakes. 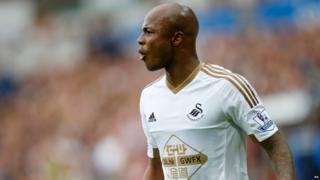 Head coach Garry Monk will look to continue pushing his way up the top 10 in the Premier League table.

A key to his hopes will be how new signing Andre Ayew settles in.

He could form a deadly strike partnership with Bafetimbi Gomis.

This Swansea side looks a good mix of all the qualities needed to be in the top half again, led by one of the Premier League's talented young managers.

Manager Mauricio Pochettino's first year at Spurs will be remembered for the brilliance of Harry Kane and a run to the Capital One Cup final, where they lost to Chelsea.

Toby Alderweireld will prove an useful addition in defence but if Spurs really want to break into the top four places then more quality signings are needed to help Harry Kane in attack.

Also, any approaches from Manchester United for goalkeeper Hugo Lloris must be resisted. 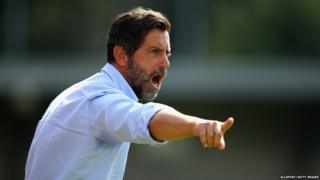 Quique Sanchez Flores is Watford's fifth manager in a year, replacing the man who got them promoted, Slavisa Jokanovic.

Flores will look forward to the challenge ahead but it is not an easy one.

New faces to the squad include Etienne Capoue from Spurs and Valon Behrami from German side Hamburg.

It's hard to see Watford surviving. 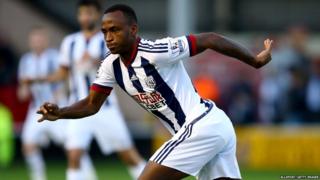 West Brom boss Tony Pulis did what he had to do last season and guided the Baggies to safety. Now he will want to build on that.

So much will depend on whether he can keep talented striker Saido Berahino this transfer window, with both Manchester City and Spurs linked with the player.

Pulis has been busy, though, bringing in striker Rickie Lambert from Liverpool, £8 million signing James Chester will help to boost West Brom's defence. 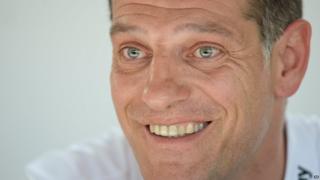 West Ham and new boss Slaven Bilic have started their season early due to their involvement in the Europa League, and should be match-sharp come the start of the Premier League campaign.

Another £10.7 million has been spent on highly rated France international Dimitri Payet.

They will expect a good season ahead of the move to the Olympic Stadium.