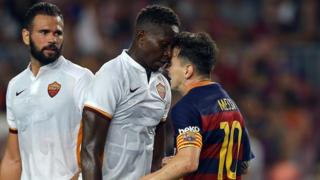 Barcelona forward Lionel Messi is lucky not to be sent off following a clash with Roma defender Mapou Yanga-Mbiwa during a pre-season friendly.

Instead the Argentina international received a yellow card as the Spanish champions won the match 3-0 thanks to goals from himself Neymar and Ivan Rakitic.

Messi has never been sent off for Barcelona, but seemed to fight back as the two players went head-to-head.

Barcelona will begin the defence of their Spanish league title against Athletic Bilbao on 23 August. 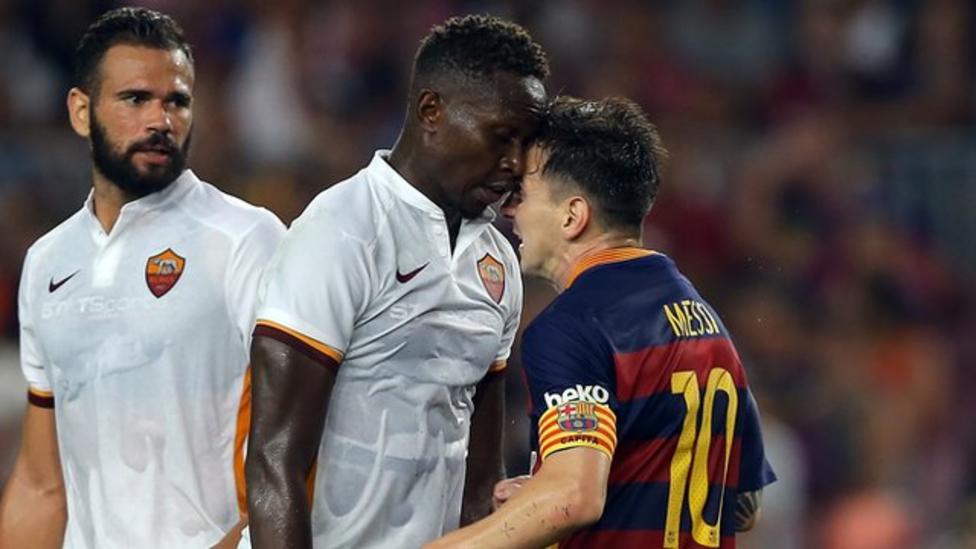