Around 13,000 people in California have been told to leave their homes as firefighters struggle to put out over 20 wildfires.

The biggest blaze, which has been named "Rocky" fire, has already burnt through more than 90 square miles of land. 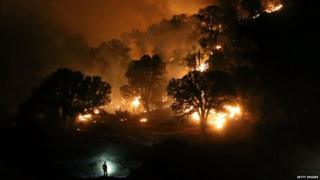 Officials described its rate of growth as unprecedented because it tripled in size over the weekend.

At least 24 homes were destroyed as the blaze was made bigger by winds that fuelled the flames. 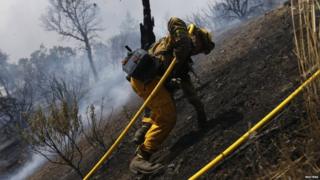 "I've never seen a fire act like this one," said Vicki Estrella who escaped a blaze. 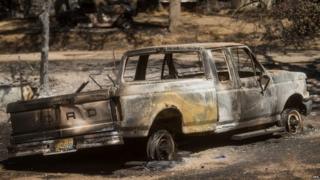 Four years of drought in the western US have left the landscape very dry.

What California's done to try to stop drought

There has also been very humid weather, lightning strikes and strong winds.

This has given firefighters and water-dropping aircraft a huge challenge.

Although fire crews have had some success in tackling the blazes, there is no rain forecast, which will make it even harder to get the fires under control.

What California's done to stop drought

Wildfires rage in northern California in the US