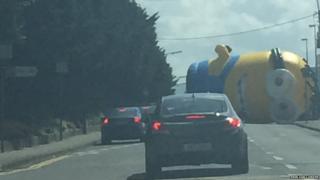 A giant minion has been causing chaos in Dublin, Ireland.

The 12-metre inflatable stopped cars on a busy road after strong winds had ripped the yellow giant loose from a nearby fairground.

No one was injured with one local calling the incident "a bit of fun".

The police, with the help of passers-by, eventually managed to let the air out of the yellow inflatable and took it away in a wheelbarrow. 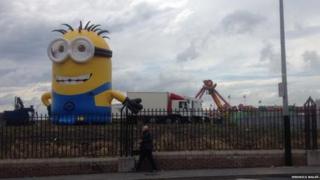 Veronica Walsh
The minion was being used at a fairground 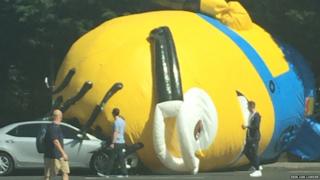 ERIN VAN LONDEN
Nobody was injured, but traffic was stopped for 15 minutes 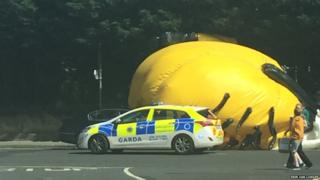 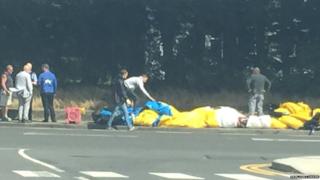 If you had some minions what would you ask them to do?

The Lego Movie biggest earner in UK and Ireland in 2014