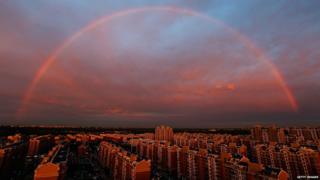 Getty Images
The rainbow that stopped a city

After hours of rain in the Chinese capital city of Beijing, something appeared that residents didn't expect to see - a rainbow.

Rainbows aren't seen in Beijing very often because of the high levels of smog and other air pollution.

In fact they are so rare, thousands of the people who spotted it uploaded lots of pictures of the rainbow via social media. 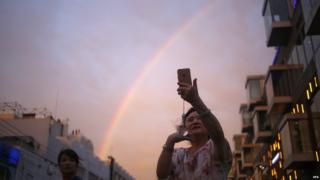 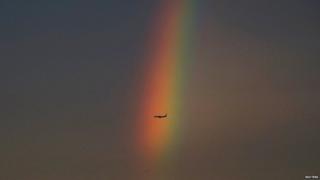 Reuters
"To us living in China, it was so rare and beautiful to see," said Ting Lee. "It's definitely not something we see very often." 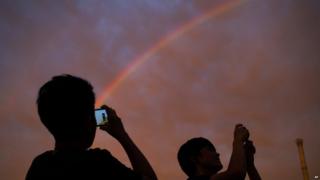 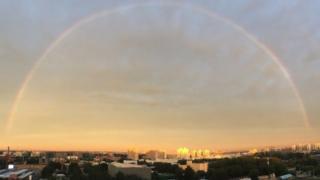 WEIBO
The rainbow could be seen above Beijing's central district, as shown in this image uploaded by a social media user