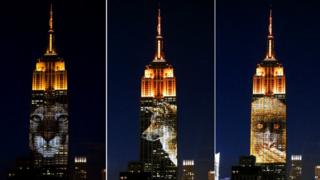 The aim was to raise awareness about these animals and risks of extinction.

Pictures of snow leopards, tigers and various animals were shown on the 381m high skyscraper.

An image of Cecil the lion, who died last month in Zimbabwe, Africa, was also displayed. 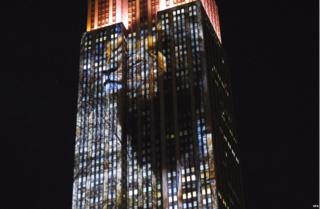 EPA
Cecil the lion projected on to Empire State building 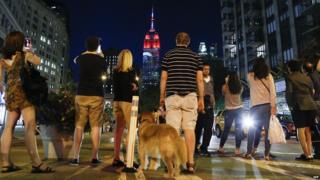 AFP
Crowds of people came to watch and take photos 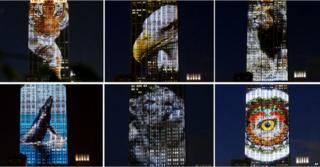 AP
Up to 40 large projectors were used to shine the images on to its walls.

Husky dog racing around the UK