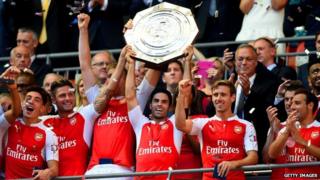 FA Cup holders Arsenal have won the Community Shield for a second season in a row.

Alex Oxlade-Chamberlain was the star, scoring the winner with a powerful drive into the top corner with his left foot.