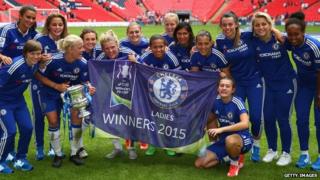 South Korea international Ji So-Yun scored the only goal in the first half, turning in from close range after a scramble in the penalty area.

It's the first time Chelsea have lifted the trophy in the competition's 44-year history.