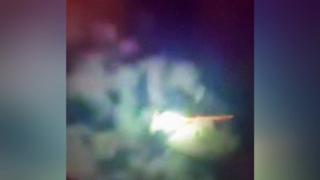 Video footage of what appeared to be a shooting meteorite in the skies above Argentina has been captured on camera.

The clip, filmed by a local resident, shows a ball of fiery white light moving quickly behind clouds in the night sky of the South American country.

An official from a local planetarium says it was a meteorite - fragments of rock or metal that fall to Earth from space.

Watch the clip to see for yourself... 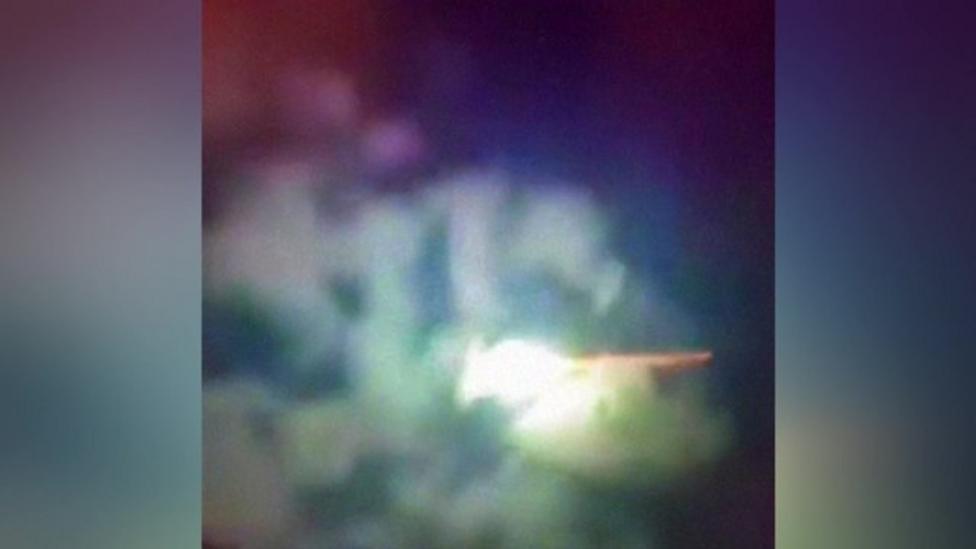