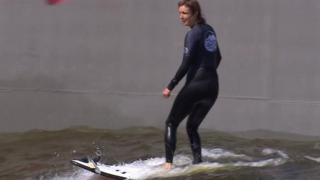 New technology means three-metre-high waves can be created in an instant, and they're the longest man-made surf waves in the world.

Local people have been allowed to test out the waves before it opens officially on Saturday. 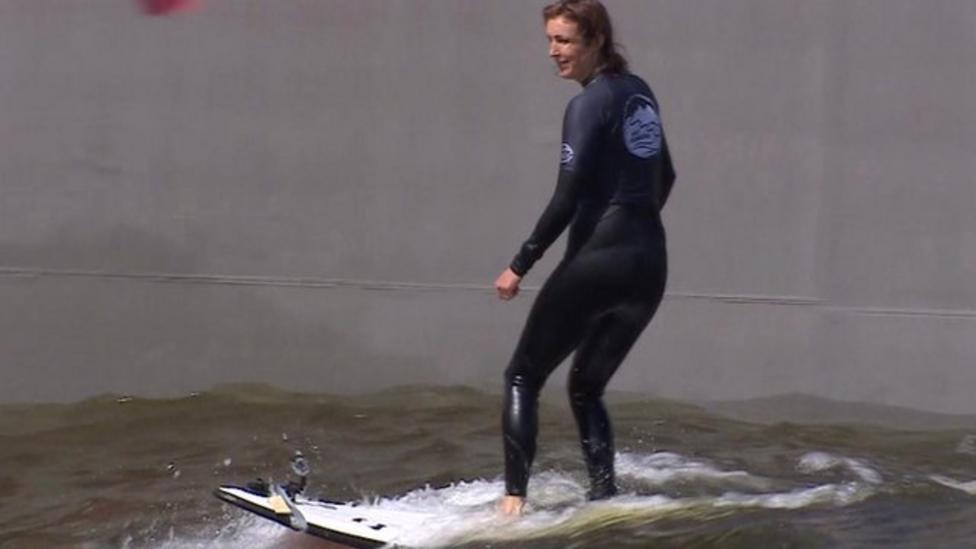