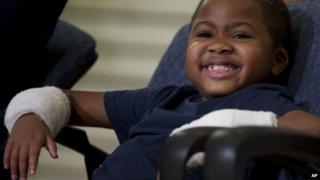 US boy has double hand transplant

An eight-year-old boy in America has become the youngest person to get a double hand transplant.

Zion Harvey described waking up with new hands as "weird at first, but then good.'"

He lost his limbs due to a severe infection when he was two-years-old.

Zion had told his doctors and his mother that more than anything he wanted to be able to play on the jungle gym and throw a ball.

Four teams of surgeons worked over 11 hours to complete the complicated operation. 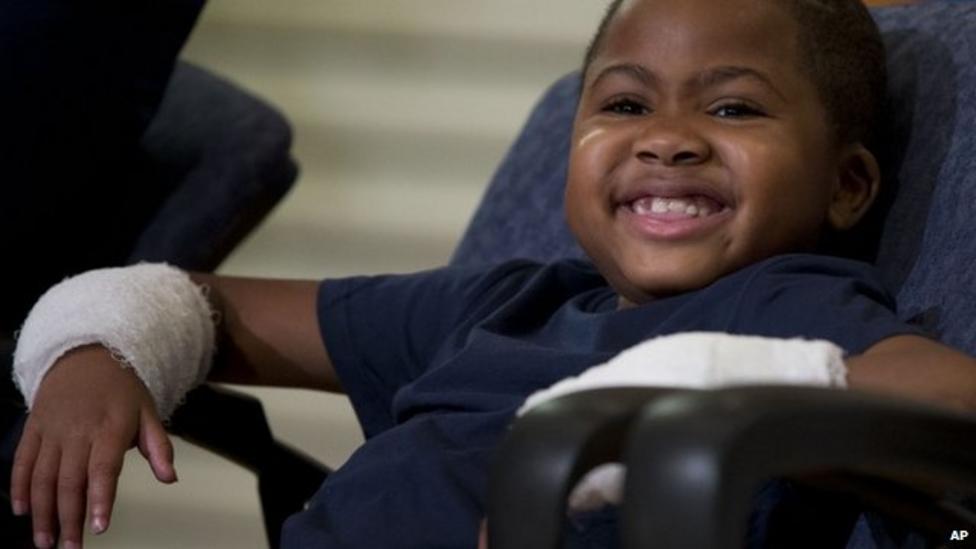 US boy has double hand transplant