Gabby: I still love Zoella so much 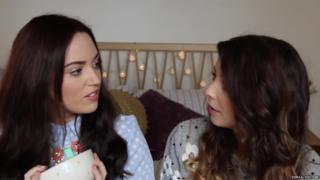 Most of us know what it's like to fall out with a friend. But then most of us don't have to do it in public.

Whether it was testing nail varnishes or carving pumpkins, Gabby used to be a regular in Zoella's videos.

And then it stopped. And although there were rumours about their "split", we never really knew what happened.

But now Gabby's given her side of where it all went wrong and says she still "loves" and "misses" her fellow vlogger. 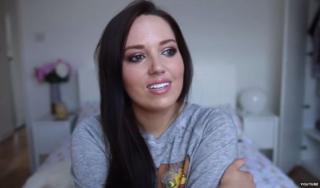 YouTube
Gabby opened up about friendship with Zoella online

In a video called Honesty, she denied there had been any massive argument but said "sometimes people just grow apart".

She also said she was upset about losing the friendship. "I classed her as my absolute best friend," she said.

"She was the first person who welcomed me, not only to Brighton but in their life because I didn't have friends until I met her." 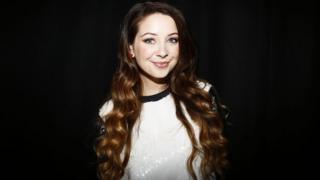 As of July 2015, Zoella has nearly 9 million followers on her YouTube channel

Gabby admitted it was probably her fault they are no longer close.

"It's not very nice to admit you're probably the reason a friendship ended. I never meant for it to end.

"I think part of it is down to the fact that I've tweeted things in the past that are not about Zoe and Alfie but viewers have kind of made them about them, which is not cool at all."

She say that made her distance herself from Zoella because of all the "hate".

"I was having probably the best time I'd ever had in my life last July and August with Zoe and with Alfie.

"I felt like I finally belonged. But it got to the point where people started saying I was using her. That made me think Zoe thought that about me.

She said it got to a point where she didn't want to be in Zoe's videos anymore and she felt she couldn't be herself because people "hated" her.

"I went through a really down time about it," she said.

"Sometimes friendships are hard to get back when you've done that but I still love Zoe so much."

Fans warned about putting pressure on the pair to make up

"I just wish we could go back to before all the hate started because that was probably the happiest time in my life. It is a friendship I just wish I could get back."

She said she was now in a much happier place again, but said if Zoe was watching she was sorry for not being the "best friend at times" and not being open about how she was feeling".