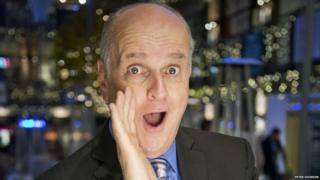 X Factor announcer Peter Dickson has revealed that he is leaving the show, after 11 years.

His voice has become instantly recognisable after introducing the acts year after year on the talent show.

Peter took to his twitter to make the announcement writing: "After the best 11 years with the X Factor, it's time for me to check out and cut loose."

He's not the only change to the show, as both Dermot O'Leary and veteran judge Louis Walsh, have also left.