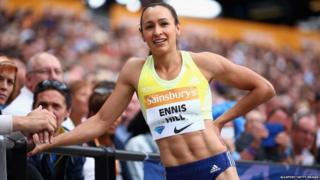 Jessica Ennis-Hill has announced that she is available to compete in the World Championships in Beijing next month.

Writing on her Instagram page, she said: "My coach and I have made the decision that I'm going to make myself available for selection for the World Champs."

The Olympic heptathlon champion had her three best performances since London 2012, at the Anniversary Games in London last weekend.

Jess started competing again in May this year, after taking time off to look after her baby son Reggie, who she had last year.

The Great Britain squad which will compete in China, will be announced on Tuesday.