Plastic bag use in supermarkets rises for fifth year 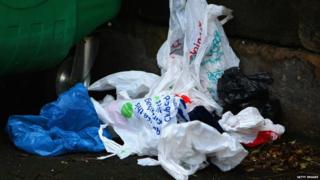 The number of plastic bags given out by UK supermarkets has increased for the fifth year in a row, rising to 8.5 billion.

The Department for Environment, Food and Rural Affairs found the number had gone up by 200 million since 2013.

There has been a big problem with plastic carrier bags in the last few years, many of them can't be recycled and are often thrown away after they have been used.

The bags end up in rubbish dumps and even rivers causing big problems for the environment.

From October people in England will have to pay 5p for their plastic bags in a bid to encourage them to reuse the ones that they already have. 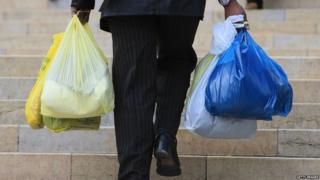 Supermarkets in Wales, Scotland and Northern Ireland, where people are charged for carrier bags, have all seen a decrease in bags used.

Campaigners are hoping the charge in England will lessen the amount of bags being thrown away, helping the environment.

Should England charge for plastic bags?