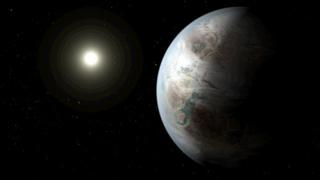 A haul of 500 new planets discovered by Nasa's Kepler telescope includes a world sharing many characteristics with Earth.

Kepler-452b orbits at a very similar distance from its star, though its radius is 60% larger.

Mission scientists said they believed it was the most Earth-like planet yet.

Such worlds are of interest to astronomers because they might be small and cool enough to have liquid water on their surface - and perhaps be able to support life.

Nasa's science chief John Grunsfeld called the new world "Earth 2.0" and the "closest so far" to our home.

It is around 1,400 light years away from Earth. 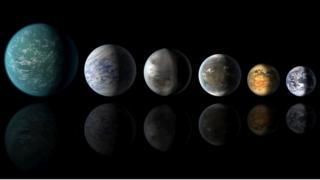 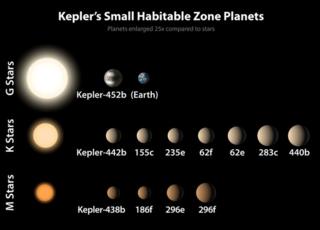