A New Zealand schoolboy's video complaining about people saying words in the Maori language wrong has proved an online hit.

15-year-old Finnian Galbraith says in his YouTube video that many people in New Zealand have stopped making the effort to say Maori words and names properly, which is disrespectful and means the "beautiful" Maori culture could eventually be lost.

The clip has had more than 155,000 views since being posted on Monday.

In his video, Finnian says that every day on TV and on the radio "so many of us are pronouncing Maori names and words completely wrong", because of a lack of effort. 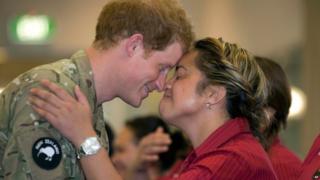 AP
Prince Harry experienced the Maori culture during his visit to New Zealand in May 2015. Here he is doing a 'Hongi', a traditional Maori greeting performed by pushing noses together

Finnian told the BBC he believes more needs to be done encourage use of the Maori language.

"Only 4% of people in New Zealand speak Maori fluently and that number needs to grow," he said.

He said he had had no idea that his video would have quite such a reaction in New Zealand.

"I actually expected bad comments and surprised at how positive it's been," he said. 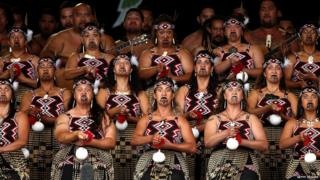 Te Reo Maori, the language of New Zealand's native people, is an official national language, and many Maori words - like kia ora (meaning hello) - have found their way into common English usage.

An English-speaking New Zealander might greet someone coming to their house with a "kia ora" (hello) and a "haere mai" (welcome). The guest might bring a "koha" or gift, which the host would no doubt say was "ka pai" (good).

The guest might leave after dinner with a full "puku" (belly).