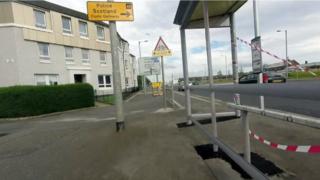 A new bus stop is being built in the middle of a cycle lane in Glasgow, Scotland.

A cyclist filmed his journey in an area of the city, which was improved for the 2014 Commonwealth Games.

Glasgow City Council has said the cycle path will eventually be moved behind the bus shelter. 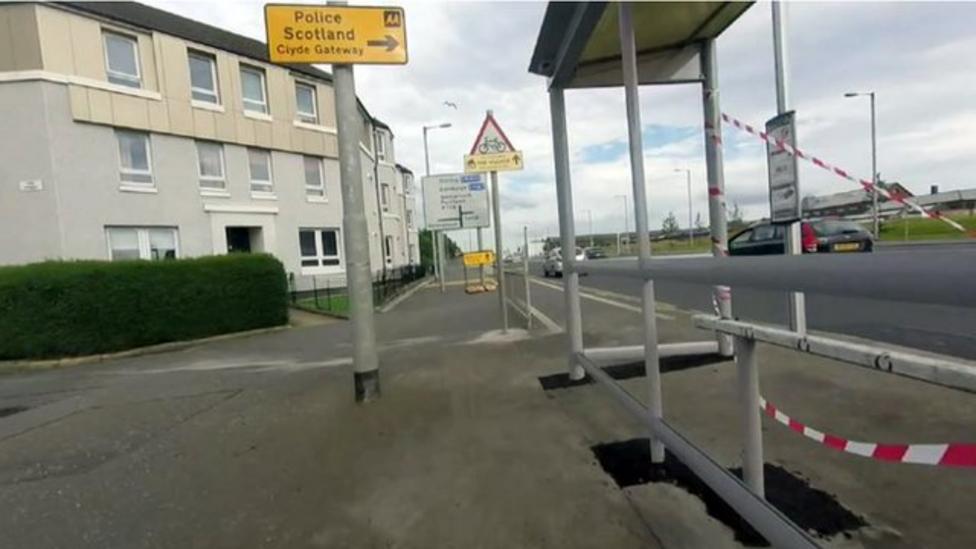