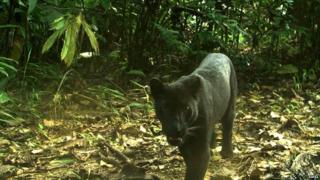 Rimba
Malay leopards have an all-black coat of fur

Unlike most leopards, which are famously spotty, the Malay leopards are melanistic, which means they have an all-black coat.

As a result it has been extremely difficult for scientists to tell which individual is which.

That meant it was impossible to estimate how many there were in the wild in south-east Asia, which damaged research and conservation efforts.

Now scientists from James Cook University in Australia have discovered a new way of revealing the leopards' hidden spots. 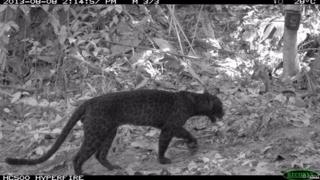 They adapted the infrared flash of an automatic camera trap to go off even in bright daylight.

These cameras produced a series of photographs that clearly show the unique spots within each leopard's fur. 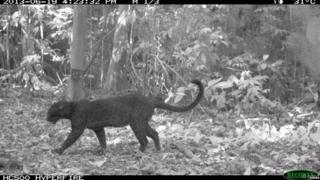 With the leopards' spots revealed, the researchers were able to accurately identify 94% of the animals in the photos.

They hope to use the technology to identify more animals in other parts of south-east Asia.

The results of the study are published in The Journal of Wildlife Management. 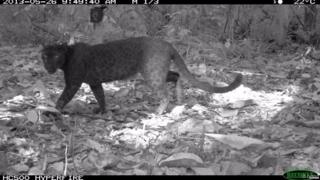 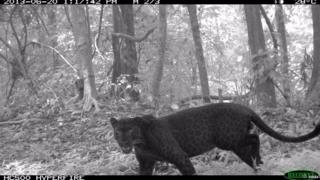 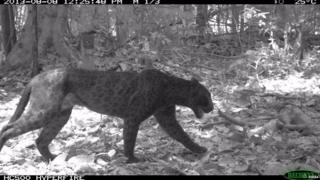 Rimba
The infrared flash clearly reveals the spot pattern on this black leopard living in the Malay Peninsula, south-east Asia