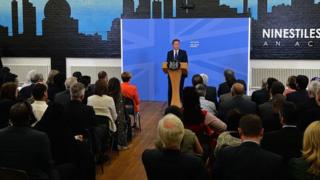 Getty Images
The Prime Minister made the speech at a school in Birmingham.

Prime Minister David Cameron has made a big speech explaining how he wants to tackle Islamist extremism in Britain.

It's in response to concerns about people from the UK, including some teenagers, joining a group calling itself Islamic State or IS.

It's an extremist Islamist group, based mainly in Iraq and Syria, and the Prime Minister outlined a five year plan to try and stop them. 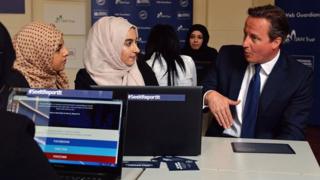 Getty Images
The Prime Minister attended at special workshop on how to spot suspicious activity online before making his speech.

It includes bringing communities closer together, and explaining more to children about what groups like IS do. 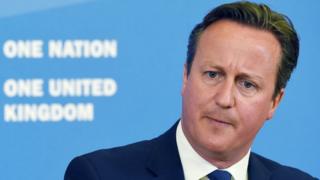 In his speech David Cameron outlined the things he wants to do. They are:

Why is he doing this?

The Prime Minister said he wanted to make sure everyone knew how brutal Islamic State was.

They've been trying to get people from the UK to join them by using social media and direct messaging online.

They target vulnerable young people who might be interested in what the Islamic State means but doesn't tell the truth about what they do.

Find out more about what's happening in Syria and Iraq here.

Guide: What is radicalisation and why do people join IS?