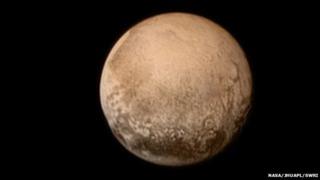 It took some amazing photos of the dwarf planet and now scientists are hard at work looking through all the information it sent back.

Here's Newsround's rundown of the most interesting things we've discovered about Pluto so far from the New Horizons probe. 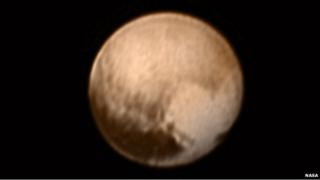 The high-resolution cameras on board New Horizons have shown Pluto to have a distinctive heart-shaped crater on its surface.

The shape is believed to have been caused by an impact at some point in the past.

One side of the heart is smoother than the other, and researchers believe the crater is filled with frozen gases from the atmosphere, including nitrogen, methane and carbon dioxide. 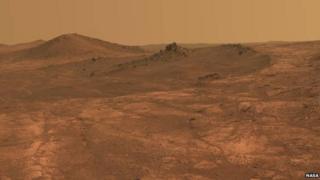 The first image released by Nasa showed Pluto to be reddish in colour.

But, this doesn't mean it's the same as the other famous red planet, Mars.

Both planets are red, but for different reasons, due to the ways chemicals react in their atmospheres.

3. It's bigger than we thought 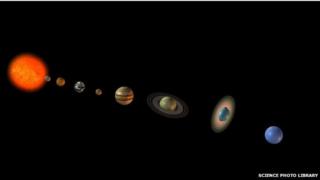 New Horizons has provided more accurate information about Pluto's size, and we now know it's about 80km wider than previously predicted.

Nasa experts say it's around two-thirds the size of our Moon.

This means that Pluto is likely to be made up of less rock and more ice beneath its surface, according to members of the mission team.

4. It definitely has a polar ice cap 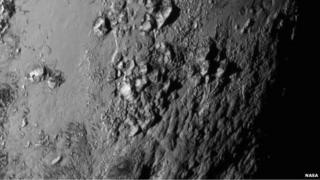 One of the main things we learned is that Pluto does have a polar ice cap.

Scientists had thought this before but couldn't prove it until they saw the new images beamed back from the probe. 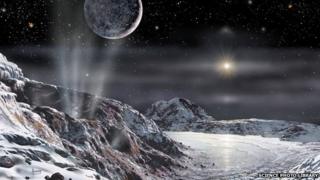 Temperatures on Pluto are extremely cold!

They range from -172 to -238 degrees Celsius depending on where it is on its orbit.

Experts had assumed that the dwarf planet was cooling but the new data shows that this isn't happening.

6. Data is coming back very slowly 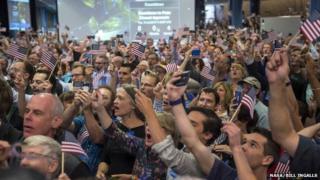 The New Horizons probe is 5 billion kilometres from Earth.

This means it can only send back its information to mission control in the US very slowly.

So, just one black and white picture of Pluto would take over three hours to transmit back to Earth.

Getting all the data from its flypast of Pluto last week will take almost 16 months.

So, we can look forward to lots more new discoveries about the far away dwarf planet over the next year or so.