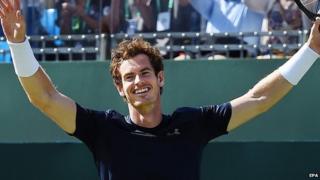 "It obviously feels unbelievable to get through that - it wasn't looking great in the second set," said Andy.

Britain will host Australia in the semi-finals on 18-20 September.

Andy Murray proud to play with his brother at Davis Cup